The Space Medicine Association Jeffrey P. Sutton Scientific Achievement Award is presented each year for outstanding contributions in advancing the frontiers of science and research in the field of space medicine. The award recognizes an accomplished individual or team for distinguished scientific and/or technical achievements that advance the field of space medicine. Highly meritorious contributions may be in the life or physical sciences, medicine, engineering, or related fields, with demonstrable evidence of significant scholarship, innovation, and impact for space medicine. 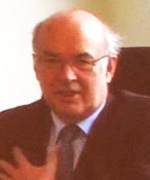 Among his 300 peer-reviewed publications is a seminal study in humans demonstrating that injection of natriuretic factor increases cyclic GMP levels and associated urinary excretion. The findings led to flight studies aboard the Mir space station testing the effects of weightlessness on renal function. The results were surprising and inconsistent with commonly held expectations at the time, as urine flow and sodium excretion during weightlessness were found to be lower than the values obtained during pre-flight measurements, Subsequently, Professor Gerzer and colleagues took observations from space physiology and medicine, and applied them to new concepts in terrestrial medicine, such as the role of the skin and immune system in the regulation of sodium balance and hypertension. 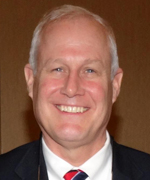 The 2016 Space Medicine Association Jeff Sutton Scientific Achievement Award was presented to Jay C. Buckey, Jr., M.D., who is a Professor of Medicine at the Geisel School of Medicine and Adjunct Professor at the Thayer School of Engineering at Dartmouth College.

Over his 30-year career, he has made substantial scientific contributions to space life sciences and space medicine. He is an expert in space physiology, with close to 100 papers and a standard textbook entitled Space Physiology published by Oxford University Press. Several of his scholarly papers have been highly influential, including the publication by Buckey et al in the Journal of Applied Physiology 1996;81(1):19-25 showing for the first time a drop in central venous pressure in astronauts during space flight.

Dr. Buckey co-edited the book The Neurolab Mission: Neuroscience Research in Space (NASA SP-535), detailing the scientific work from STS-90 when he flew as a payload specialist astronaut-physician. In addition, Dr. Buckey has been integral to 14 space flight hardware development projects, and has been the principal investigator on numerous federally-funded research grants supported by NASA, the National Space Biomedical Research Institute (NSBRI), National Institutes of Health and Department of Defense. 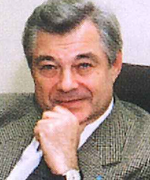 Dr. Grigoriev is the Vice President of the Russian Academy of Sciences and the Scientific Director of the Institute of Biomedical Problems (IBMP) in Moscow. He has held these positions since 2008. From 1988 to 2008, he was the Director of IBMP. Academician Grigoriev is one of the founders of gravitational physiology, and has made significant contributions to our understanding of fluid and electrolyte regulation, orthostatic instability, adaptation, deconditioning, and countermeasures associated with human space flight. His life-long scientific work has had seminal impact in resolving both fundamental and applied problems in space biology and medicine. He has served as the chief medical specialist of the Russian Space Agency and has received numerous national and international accolades and honors for his scientific work.